The Reinhart hoe is a tool used for grubbing, especially the digging and scraping of dirt by TKO volunteer crews to create and shape trail tread. Sometimes called a “rhino” or “bendy shovel,” the tool was invented in the 1970s by Gordon Reinhart, a fire and recreation officer with the US Forest Service on the Umatilla National Forest. The head of the tool is a square-ended curved shovel blade mounted at a 90-degree angle to the handle.

A Reinhart hoe set by the side of the trail. (Photo by Susan Schen)

The Reinhart hoe is used by firefighting crews to cut fire lines, by foresters to scalp the ground before planting tree seedlings, and by trail crews for tread construction and maintenance. For trail work it can be used just as other grubbing tools like green grubbers, hazel hoes, and grub hoes, or it can be turned sideways and used to scrape. It’s with this second technique that the tool really shines, especially in finishing tread work. Due to the curvature of the tool head, the side edge is parallel to the tread surface when the volunteer is standing upright, allowing very precise scraping from a comfortable position, rather than having to crouch down as when using a shovel.  This is especially handy in doing routine maintenance like slough and berm removal when the soil being removed is loose and combined with duff. The curved shape also allows the worker to scoop up the soil and duff and toss it off the trail, a useful feature for dispersing material down slope without building up a berm or damaging plants at the edge of the trail. 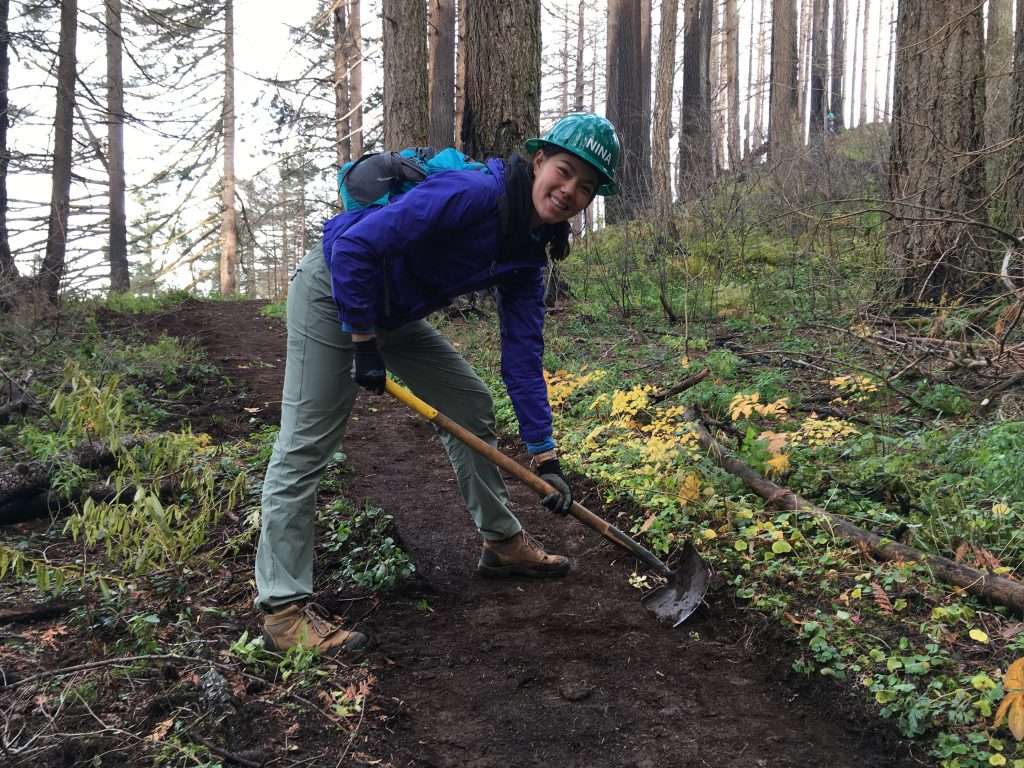 The side edge is parallel to the tread, making scraping easy and precise while finishing this section of tread on the upper Angel’s Rest Trail. (Photo by Susan Schen)

Reinhart hoes were also used in clearing rockslides from Larch Mountain Trail #441 after the Eagle Creek Fire. The rocks were fist-sized and smaller and the tool was used to work from the edge of the slide in, scooping up rocks and tossing them over the edge so they didn’t grind down the edge of the tread. 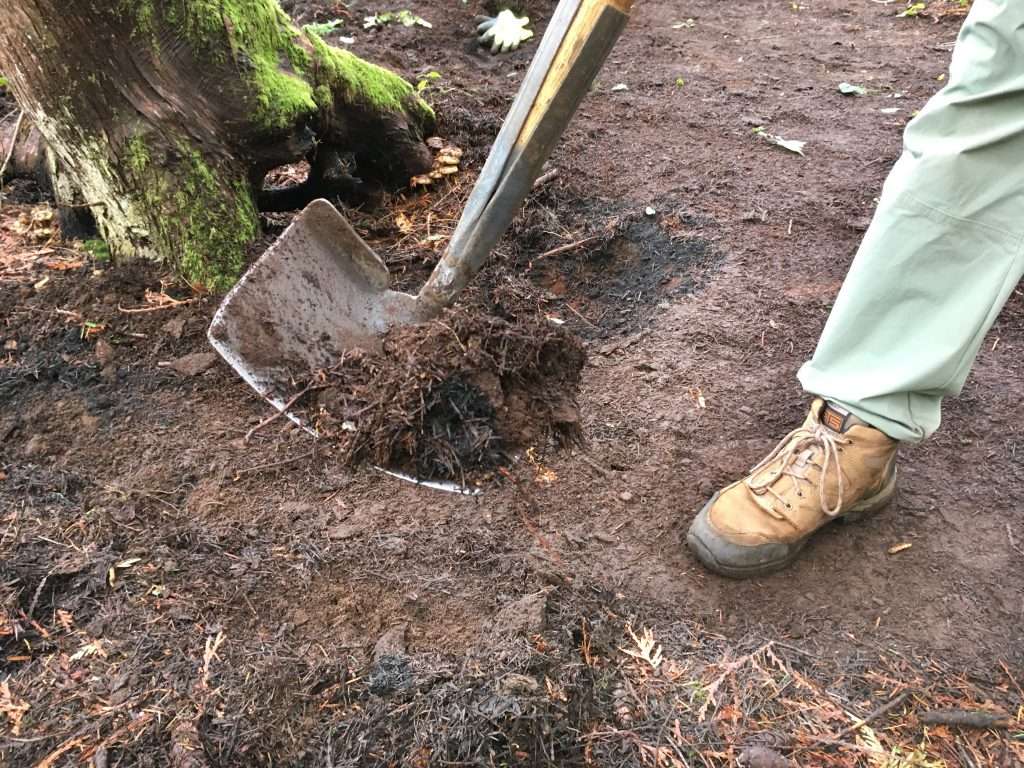 Material can be scooped up and dispersed without damaging plants at the trail edge. (Photo by Susan Schen)

While the Reinhart hoe is an excellent tool for many tread work situations, it is not ideal for use in very rocky soils, nor is it designed for prying. The head loses its sharp edges quickly if used on rocks and, just like shovels, the socket’s connection to the handle is not strong enough to withstand heavy prying. Care for the tool is similar to care for a shovel, such as removing caked-on dirt or mud after use to prevent rusting and sharpening the edges periodically with a file. 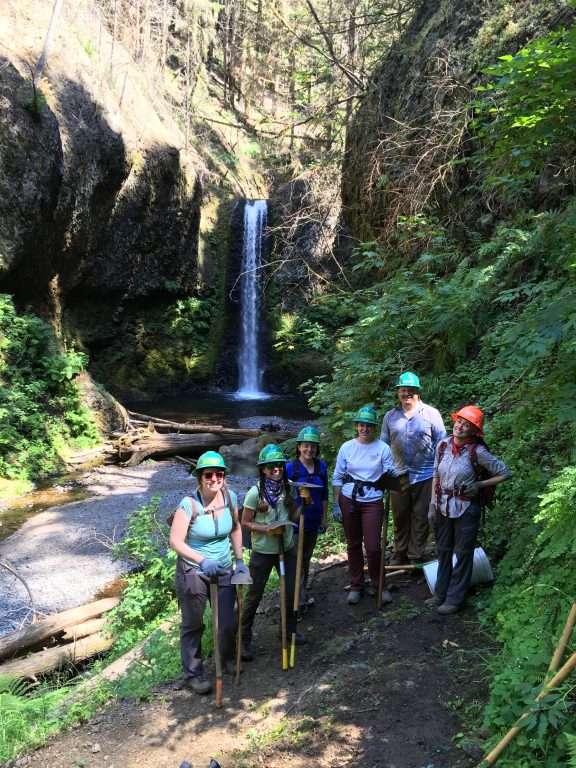 TKO volunteers on the Larch Mountain Trail in the Columbia Gorge after clearing rockslides from the switchbacks at Weisendanger Falls. The volunteer second from the left has a Reinhart hoe. (Photo by Susan Schen)

The next time you are out on a trail work party, you might give the Reinhart hoe a try. It’s got some neat advantages and can be a true joy to use.