Keep an eye on snow levels, but winter is a great time to go exploring in the Coast Range. The Tillamook State Forest is a recovering landscape once scoured by a series of four devastating wildfires between 1933 and 1951, with some of the same areas being affected multiple times. A great deal of the forest is given over to logging with most of the hiking trails confined to two areas along Highway 6, at Rogers Pass and the Elk/Kings Mountain area. These are busy trailheads, so consider going a little out of your way to experience solitude in the Tillamook.

(Click on the title for each hike to access the entry in the Oregon Hikers Field Guide.) 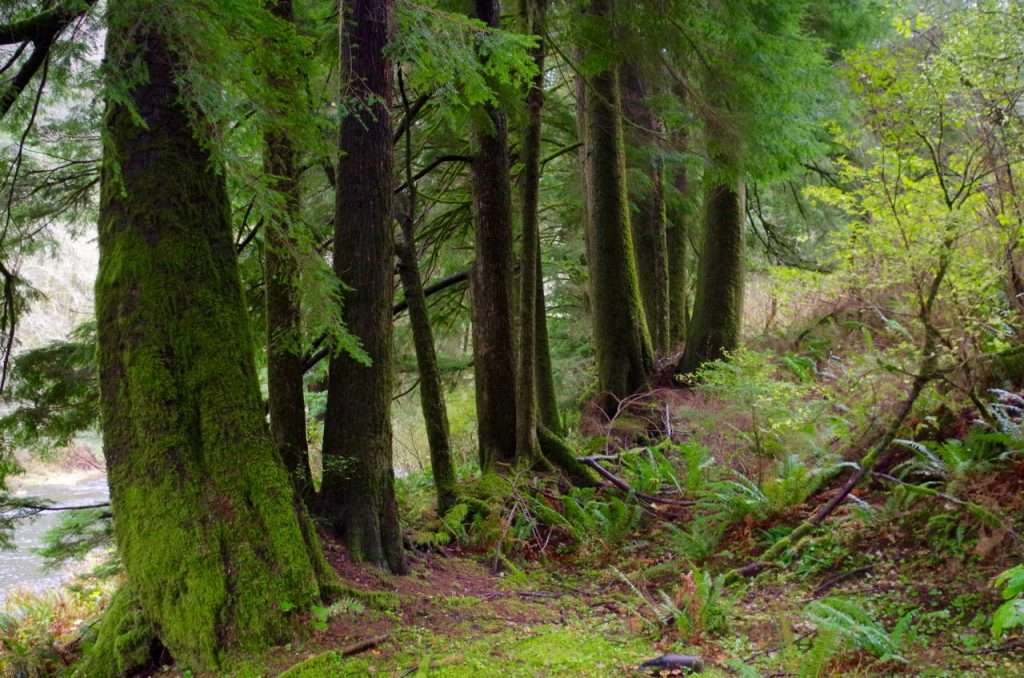 A line of Sitka spruce at least 50 years old stand where they took root on a
now-decayed nurse log on the Peninsula Trail. (Photo by John Sparks)

This short loop is the only hiking trail on the Trask River, a popular destination for fishers of steelhead and Chinook. The trail negotiates a ridge of basalt that blocked the course of the Trask, causing a horseshoe-shaped detour. When you reach the river shore, you may spot the scavenged carcasses of spawned out salmon. A few massive Sitka spruce shade a couple of picnic tables. These venerable giants survived the great conflagrations of the 20th century and may be several hundred years old. Just downstream is the Dam Hole (fishing not permitted!), where spawning steelhead cluster and rest. 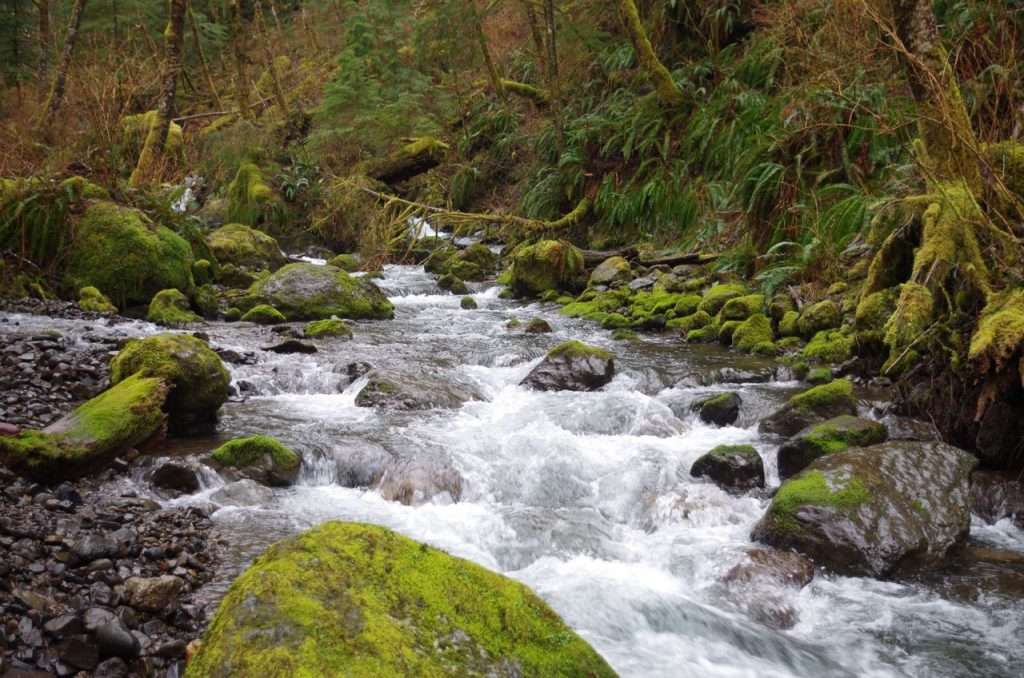 This hike is way off the beaten track, so pay especially close attention to the directions in the Field Guide since there’s no official trail here; the route follows a back road and then an abandoned logging road along the Little South Fork Kilchis River. This stream is as pristine as can be and follows a cascading course through the hills north of Tillamook. You can count on a few trees being down and some washouts on the abandoned track as you negotiate the slopes below Mutt Peak. Avoid the area during the hunting season, but any other time of the year you’ll likely have it to yourself. 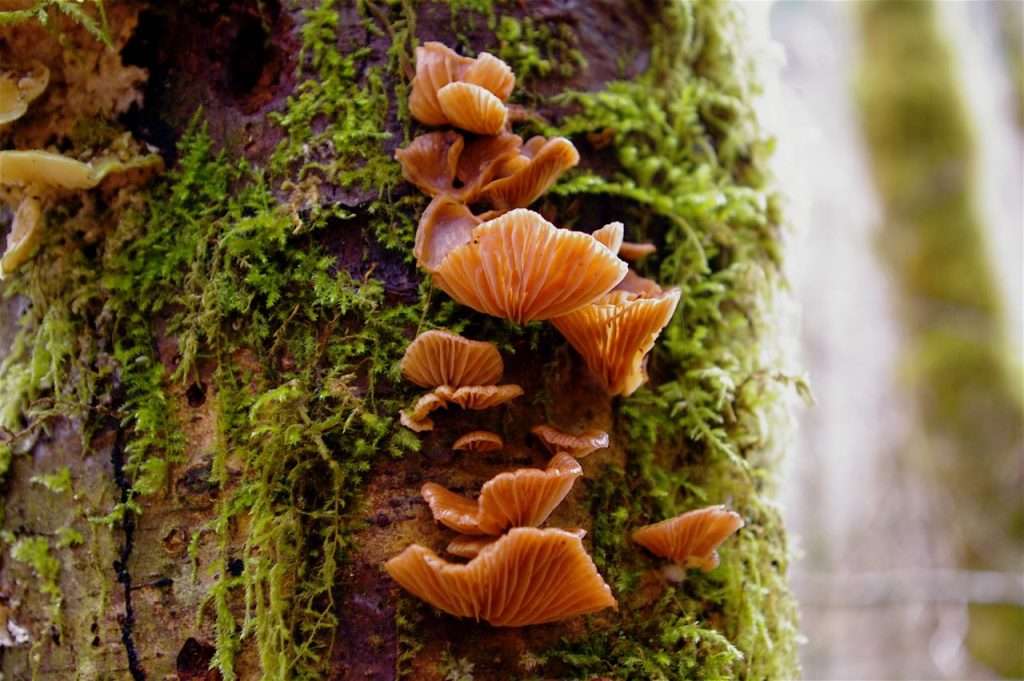 False oyster mushrooms and moss find purchase on the bark of a dead alder on the Storey Burn Trail. (Photo by John Sparks)

The loop begins at Rogers Pass, a popular staging area for ATVs, but the hiking trails will keep you separate from the noisy action. The loop is formed by three trails – Gales Creek, Storey Burn, and Gravelle Brothers. You’ll descend Low Divide Creek, partly on a new tread constructed by Trailkeepers of Oregon crews, then follow Gales Creek a short distance before rising to the high point of the hike at 1,890 feet on Storey Burn Road. The descent from here offers a view of Larch Mountain (the Coast Range version) and brings you close to the Devils Fork Wilson River after you pass under high Graham Bridge, which conveys Highway 6 over the latter’s canyon.