The Beauty of the Penstemon

At the Mount Mitchell Viewpoint, you’ll see an abundance of what is arguably the showiest penstemon in our area, the bright pink rock penstemon (Penstemon rupicola). In Oregon, this plant seems to sprout straight out of sheer basalt cliffs throughout the Cascade Range from almost sea level to 4,500 feet (look for it also on the cliffs of Mitchell Point in the Columbia Gorge). Like all other penstemons, the corollas of the rock penstemon are attractively tubular and attract hummingbirds. The Native Plant Society of Oregon lists 46 penstemon species as native to the state. They range in color from white to red and grow in alpine, riverine, and desert habitats, and all are sun-loving. Most of Oregon’s species are some shade of purple or blue, which may make them difficult to identify except through an identification key. This generally involves paying attention to the stamens, calyces, corolla color, and leaf margins. 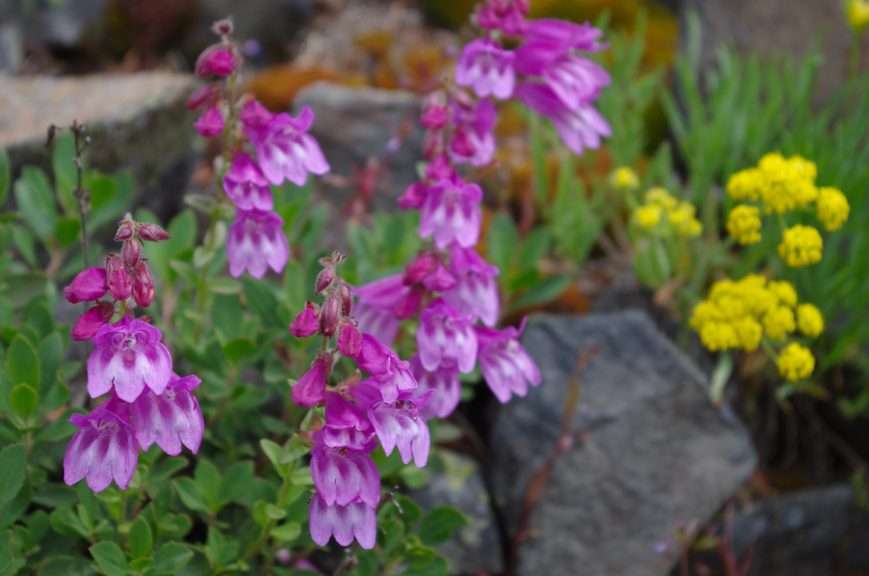 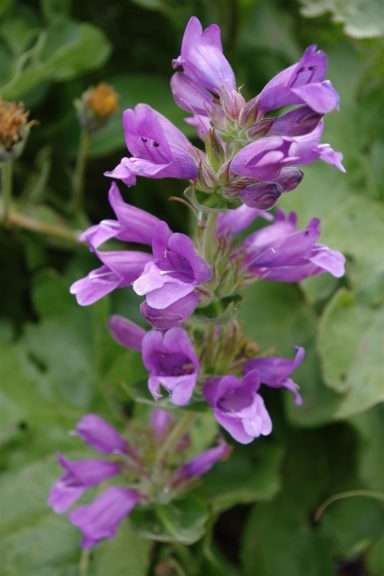 Penstemons, also known as beardtongues, are endemic to North America and, with 270 species ranging from the Yukon to Chiapas, Mexico, they compose the largest genus of flowering plant found only on our continent. Originally classified as part of the figwort family (Scrophulariaceae), in the 21st century phylogenetic analysis has now put them in the plantain family (Plantaginaceae). The first penstemon to be scientifically described was in 1848 by an American doctor / mapmaker / botanist named John Mitchell. The name comes from the Latin words for “five” and “stamen.” In fact, one of these stamens is sterile but sports a fuzzy tuft of hairs—thus the common name “beardtongue.” The common summer-flowering woodland penstemon (Nothochelone nemorosa) is classified in its own separate genus because of differences in stamen morphology. While true North Americans as wildflowers, penstemons are found in gardens worldwide, with the first plants being offered for sale in England at the beginning of the 19th century; numerous hybrids followed. Gardeners see them as “short-lived” perennials because most varieties usually live for only a few years. 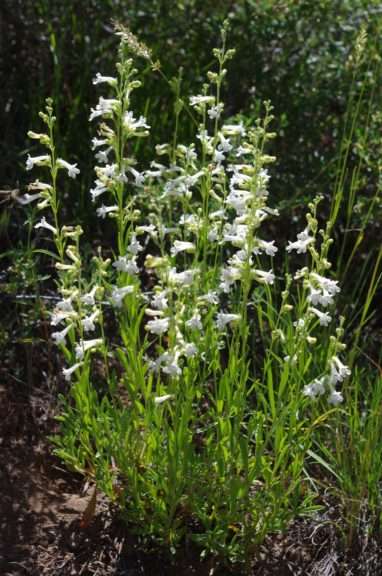 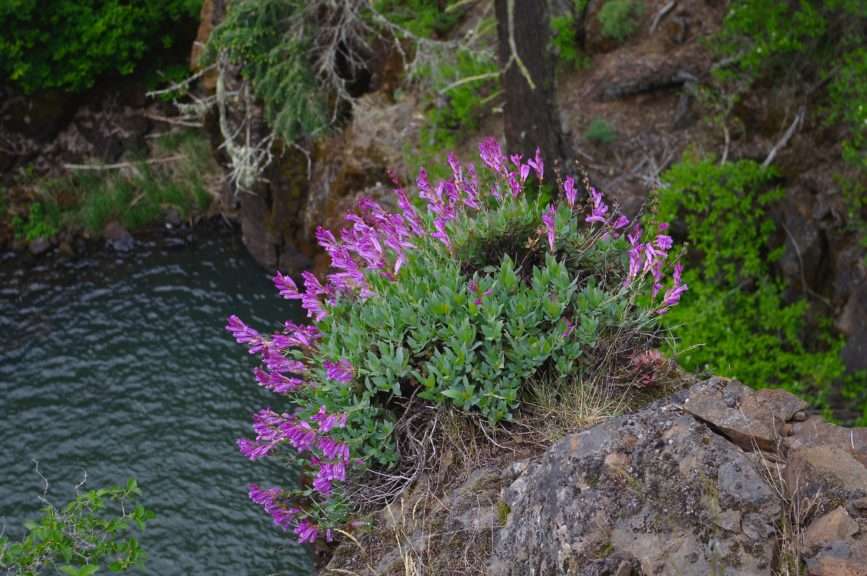