On an April 2019 weekend, Chris Guntermann and I led a Boy Scouts of America troop on a camping and trail restoration trip in Cottonwood Canyon State Park. Cottonwood Canyon is located in central Oregon along the John Day River with numerous recreational opportunities, including camping, boating, hiking, and biking. 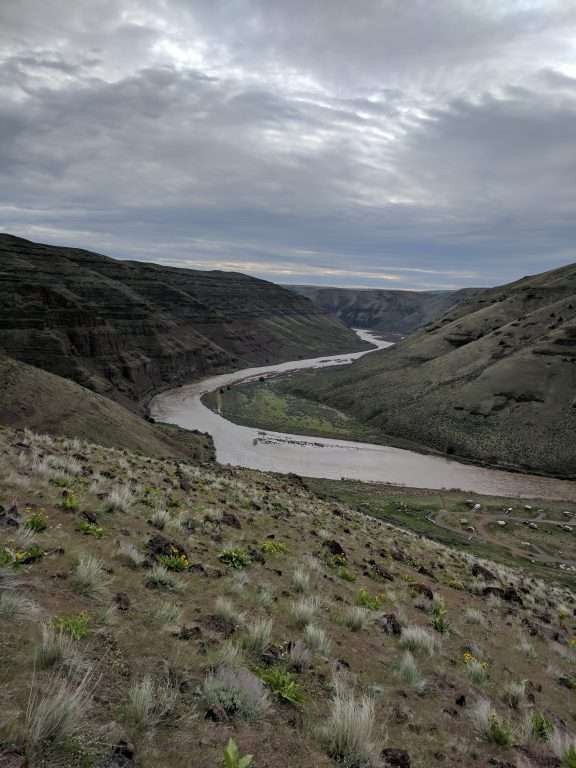 On Saturday, I took a group of scouts up the partially built Gooseneck Trail along a ridge where they had a view of the Pinnacles and Lost Corral Trail across the John Day River. 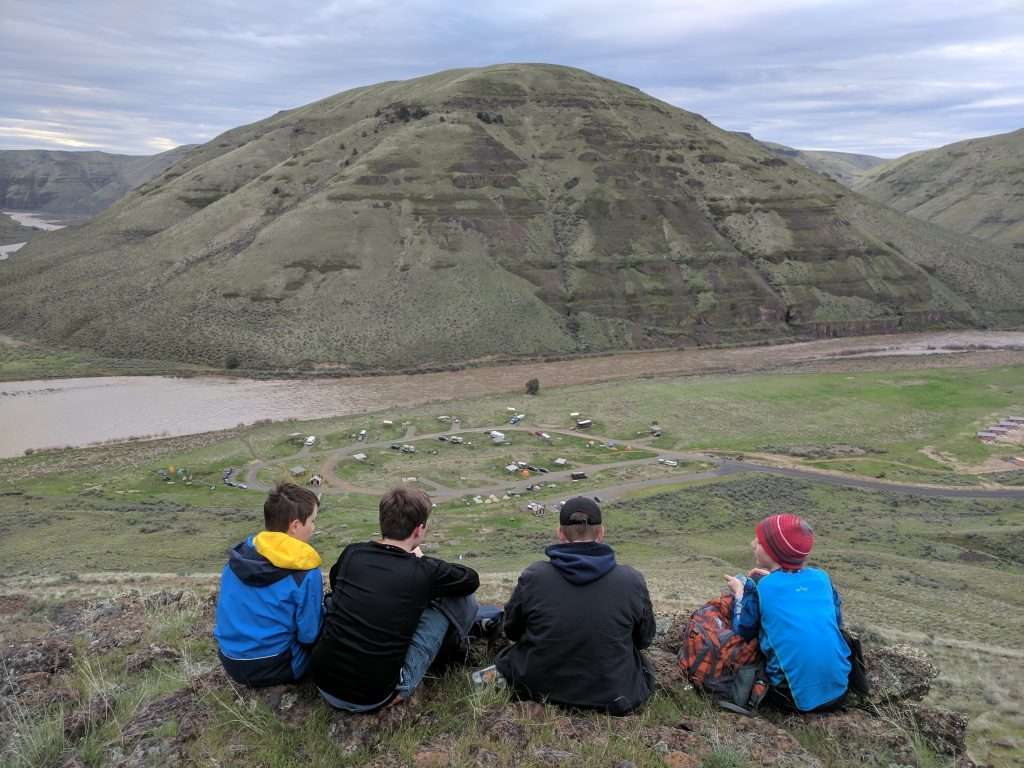 Members of Boy Scout Troop 611 on the proposed Gooseneck Trail overlooking the camping area and the John Day River. (Photo by Glen Hess)

After a first day of “fun” activities, the troop always does a service project for state parks on the second day when camping at a park. After talking to the park ranger, the scouts were assigned to clear fallen rock and pick up trash on the Pinnacles Trail. Chris and I had borrowed grubbers and shovels from Trailkeepers of Oregon. On Sunday morning, Chris talked about these trail restoration tools and the safety aspects of using them. 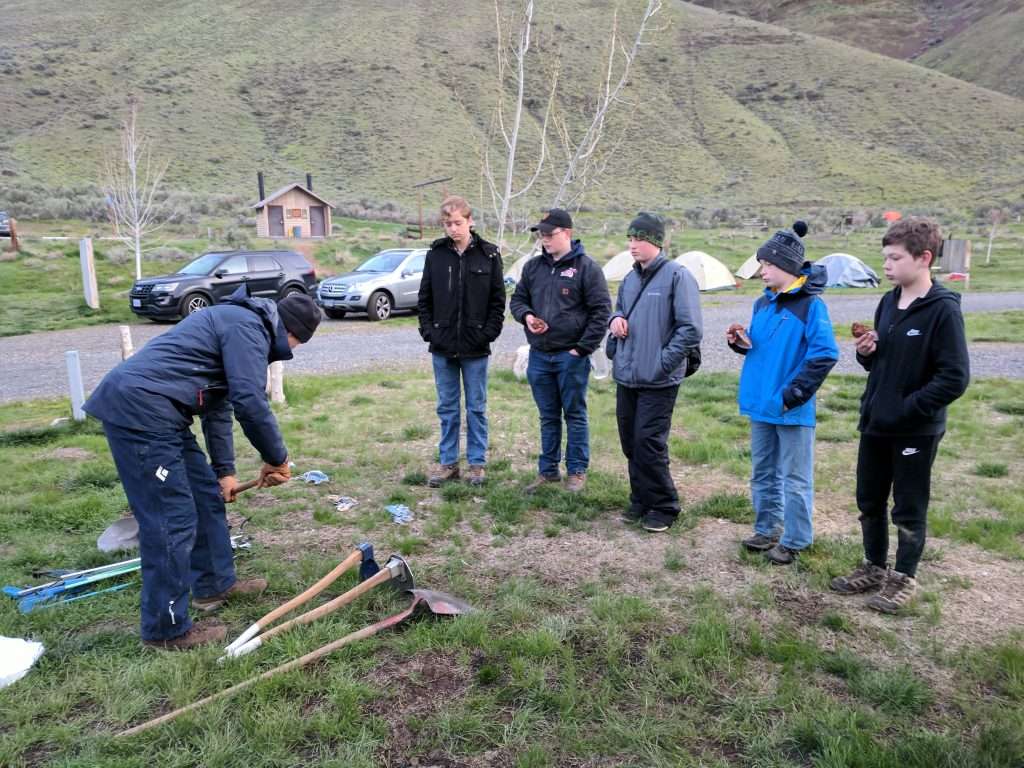 The scouts and adults spread out to clear rocks and other debris using the shovels and grub hoes. We collected litter with reacher grabber tools to put in large plastic trash bags. The troop maintained about 1.5 miles of trail along the John Day River downstream from the campground. A highlight of the day was a sighting of bighorn sheep on the ridge high above the river. 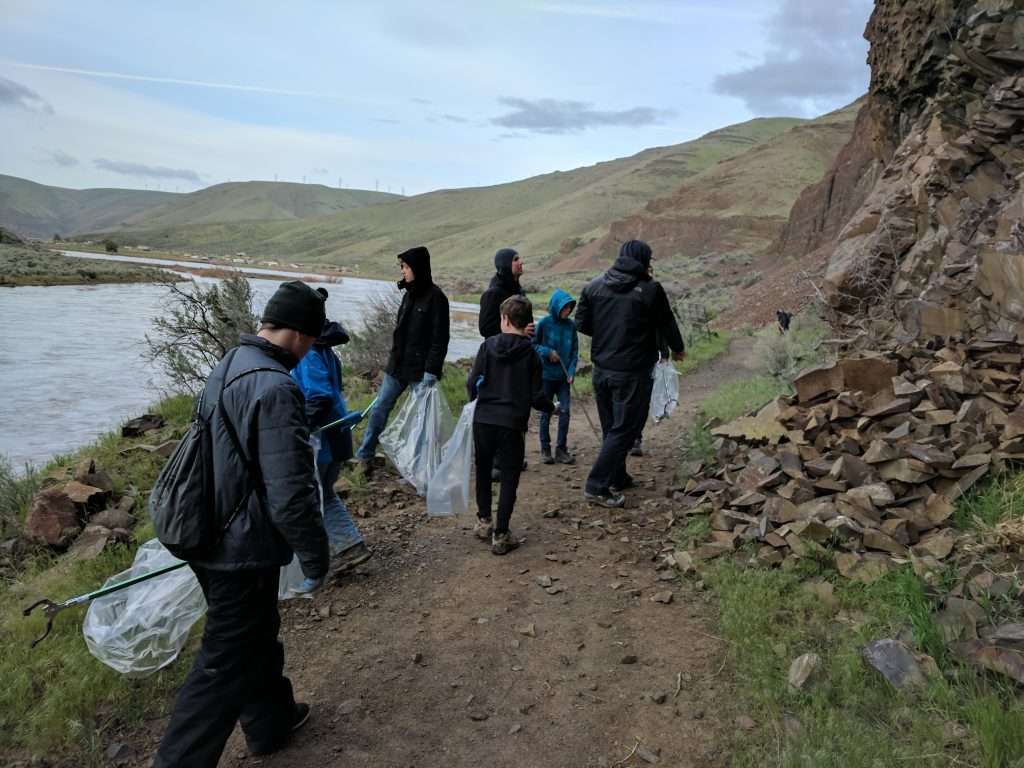 Troop 611 clearing the Pinnacles Trail of debris and picking up trash. (Photo by Glen Hess)

It was windy and a little rainy, but the scouts learned some new skills: the tread of the trail needed to be a certain width (the length of a grub hoe), and drainage off the trail is important. At the end of the day, we all gathered for a group photo with smiles all around. 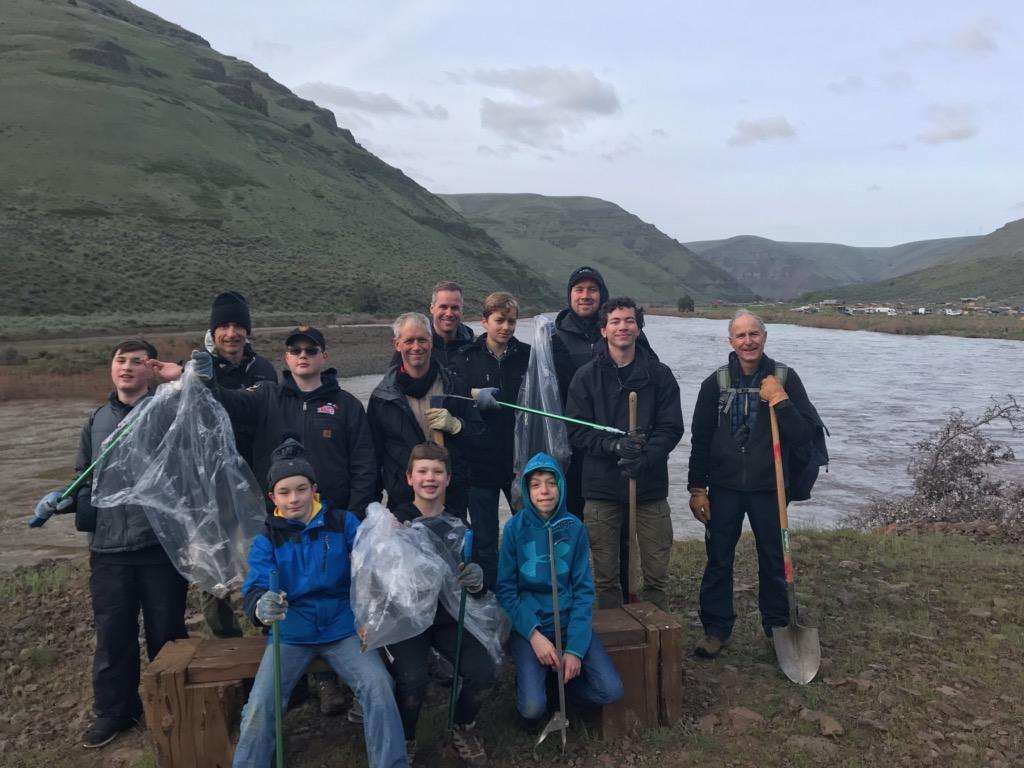