by Paul Gerald | TKO Board President 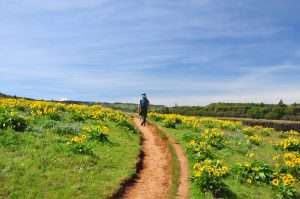 For the first time in 20-plus years of living in Portland, I am missing the Gorge wildflower season. It is, in the proverbial sense, killing me. But I take comfort from two facts: It’s the right thing to do, and the flowers will probably be better off without us stepping on them for a season.

Nature’s resilience is a lesson we’ve all seen in action since the Eagle Creek Fire. Fire is, after all, part of the system. And whether you want to argue that humans are part of it, as well, the fact is that where we aren’t, (the rest of) nature thrives. As the historic Wilderness Act of 1964 stated, a wild place is one “where the earth and its community of life are untrammeled by man, where man himself is a visitor who does not remain.” 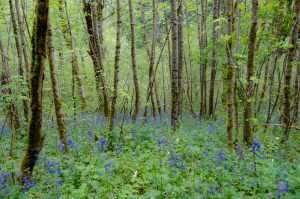 So what happens when we don’t even show up? One phrase that has been surfacing lately, from rangers and other stewards keeping an eye on things in our closed recreation areas, is “an animal party.” From Yosemite National Park, we hear about bobcats hunting near abandoned administrative buildings and bears roaming along empty roads. Similar reports have reached TKO staff from land managers in our local area. Meanwhile, who knows how many animals are being spared death by car strike? The canals are apparently clear in Venice. Parisians can see the International Space Station. Seismologists can actually detect fewer vibrations of the Earth’s surface. Pollution is way down the world over, and cities in India report being able to see the Himalaya for the first time in 30 years. Sadly, other reports about the Ganges flowing clear and clean were wildly exaggerated.

Of course, this won’t last. But while we’re holed up at home, riding out a viral storm, let’s try to enjoy this little pause in so much of the commotion we normally cause. And as frustrated as we are to be away from our favorite natural areas, let’s at least take a little comfort that they are probably enjoying their time without us. And they might be even nicer than before when we get to go back. 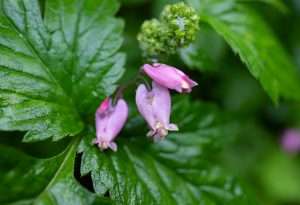