Increasing Our Impact by Lending a Hand 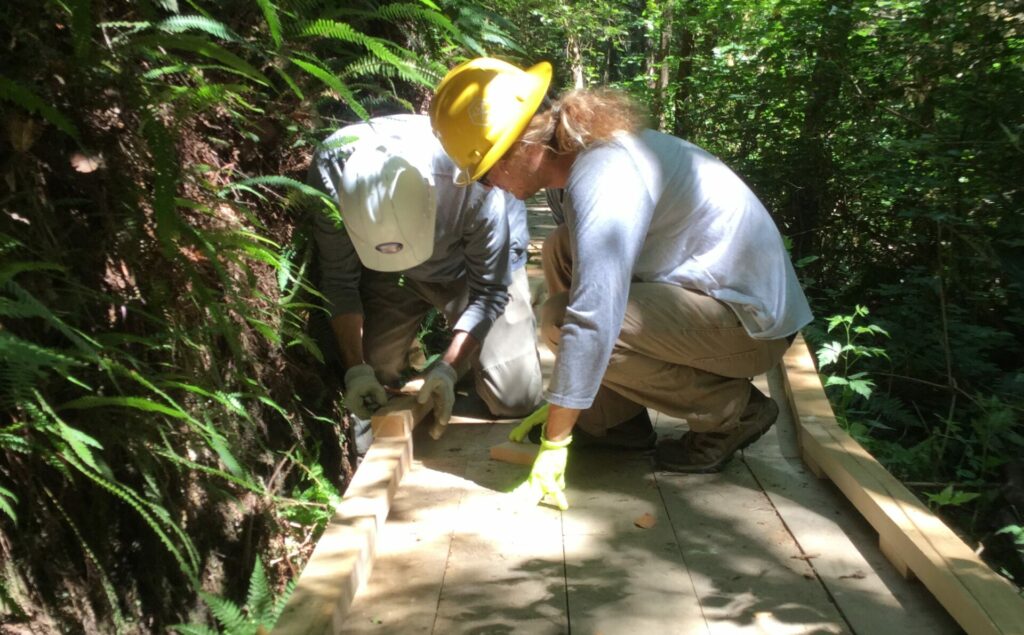 TKO volunteers helped to build a new boardwalk at the South Slough Estuary Reserve this summer.

By Katie Vaughan, TKO Board Member

Throughout 2022, TKO crews set out on the Samuel H. Boardman Scenic Corridor—a 12-mile stretch of picturesque southern Oregon coastline—over 20 times, helping to recover areas lost to vegetation and time. Now, thanks to these efforts, you can have a picnic at Whaleshead Beach, hike from Natural Bridges to Spruce Island uninterrupted, or explore the Thunder Rock Cove Loop!

TKO staff and funding partners have been laying the groundwork for years to start a movement of stewardship on the south coast, and we’ve been able to work with southern coast communities that are eager to get out and improve their trails. One monumental example of this groundwork coming to life is the South Slough Boardwalk. 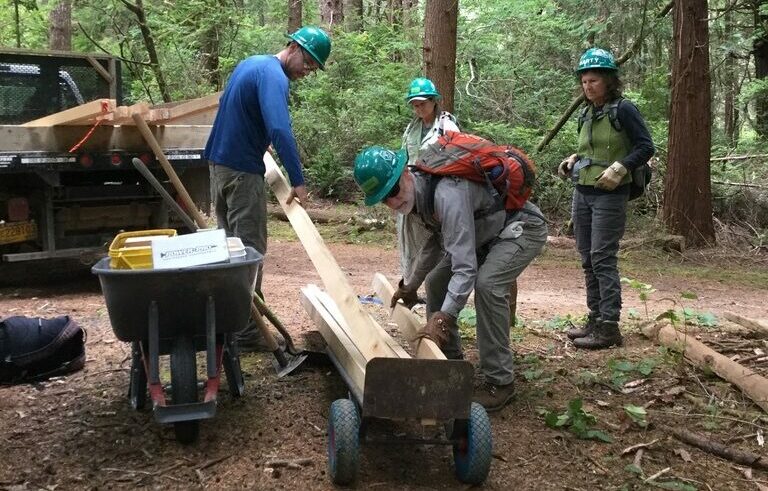 Located just south of Coos Bay, the South Slough National Estuarine Research Reserve encompasses 7,000 acres of vibrant estuary habitat. This area plays a critical role in protecting the unique habitat and species found where a freshwater river meets the salty sea. In collaboration with the Oregon Department of State Lands, TKO crews dedicated 213 hours to build a 300-foot long boardwalk on the Hidden Creek Trail. This new boardwalk will give visitors easy access to learn about estuaries and their critical role in protecting the Oregon coast. 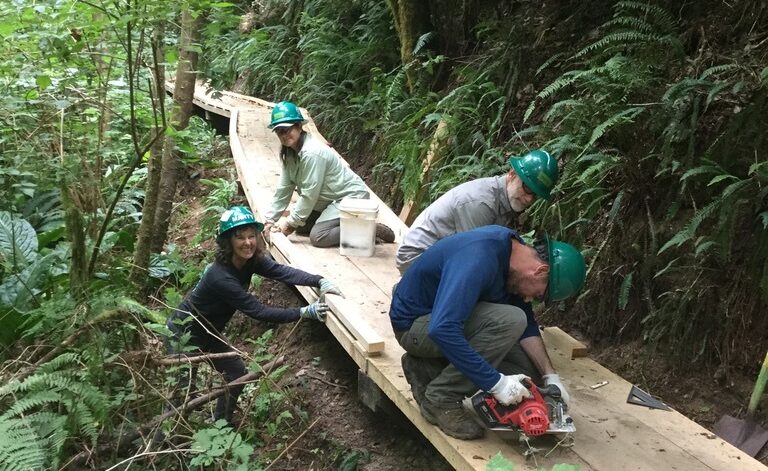 These happy and hardy volunteers put 213 hours into the boardwalk project.

This was a beast of a project. Taking place over a three-day campout in early June 2022, nine TKO volunteers and crew leaders (some driving from as far away as the Portland Metro area) worked in conjunction with the South Slough Reserve and local Coast Guard members to disassemble and rebuild the boardwalk. The existing frame of the old boardwalk was still structurally sound, so the first phase of the project involved prying the old muddy boards loose from the sub-structure. As the old boardwalk was disassembled, the new one was constructed simultaneously.

Participants hiked in with the new heavy cedar boards for almost half a mile to the drop zone. Next, they dismantled the old boards, then measured, cut, and mounted the new boards on top of the sub-structure. The project was originally scheduled to be completed in five days but our incredible crew completed it in just three days! (And good thing too, as unseasonably wet weather rolled in on the last day.) 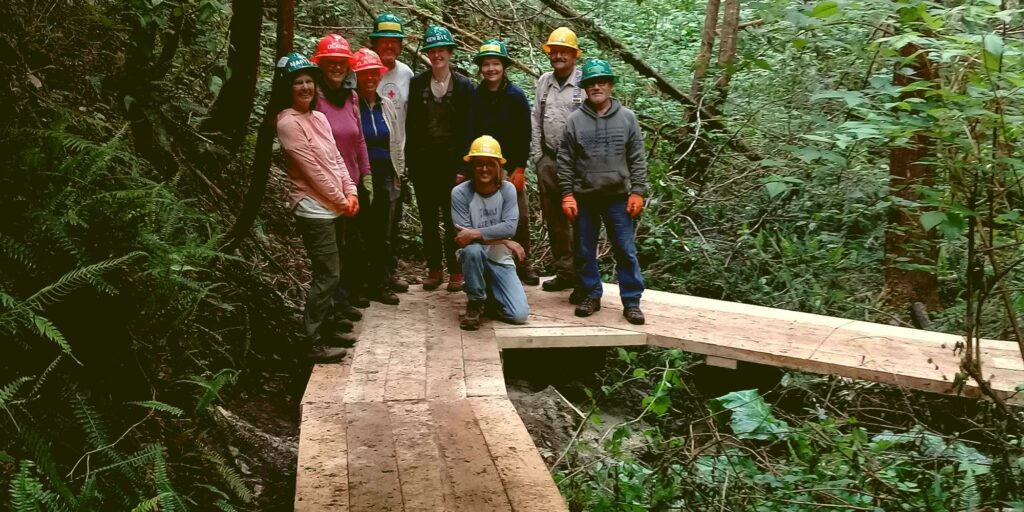 This stellar team of volunteers got a big project done in record time!

After this initial construction, TKO facilitated multiple trail parties over the course of the summer to install kick rails and finish the boardwalk. With the new boardwalk completed, we expect it to provide at least 30 years of use for hikers, wildlife enthusiasts, and researchers to experience this unique and crucial coastal habitat. And it’s just the first in a series of projects we hope will make an impact on the south coast.

Projects like these are only possible thanks to our generous supporters who donate their time and money to serve Oregon’s trails. This week, when you give a gift to support TKO’s work, you’ll also be entered to win some fantastic prizes! Check out our Legacy Builder’s campaign for full details.