Trailkeepers of Oregon crews have been constructing short trails along the West Fork of Hood River on a 102-acre tract of land which became a Hood River county park in 2016, after the Western Rivers Conservancy acquired it. You’ll enjoy an oak woodland, wildflower meadows, and a couple of waterfalls in a picturesque gorge. The Punchbowl Falls here is far less known than the Punch Bowl (note the two words) Falls on Eagle Creek in the Columbia Gorge, but one can argue that the setting is just as photogenic. 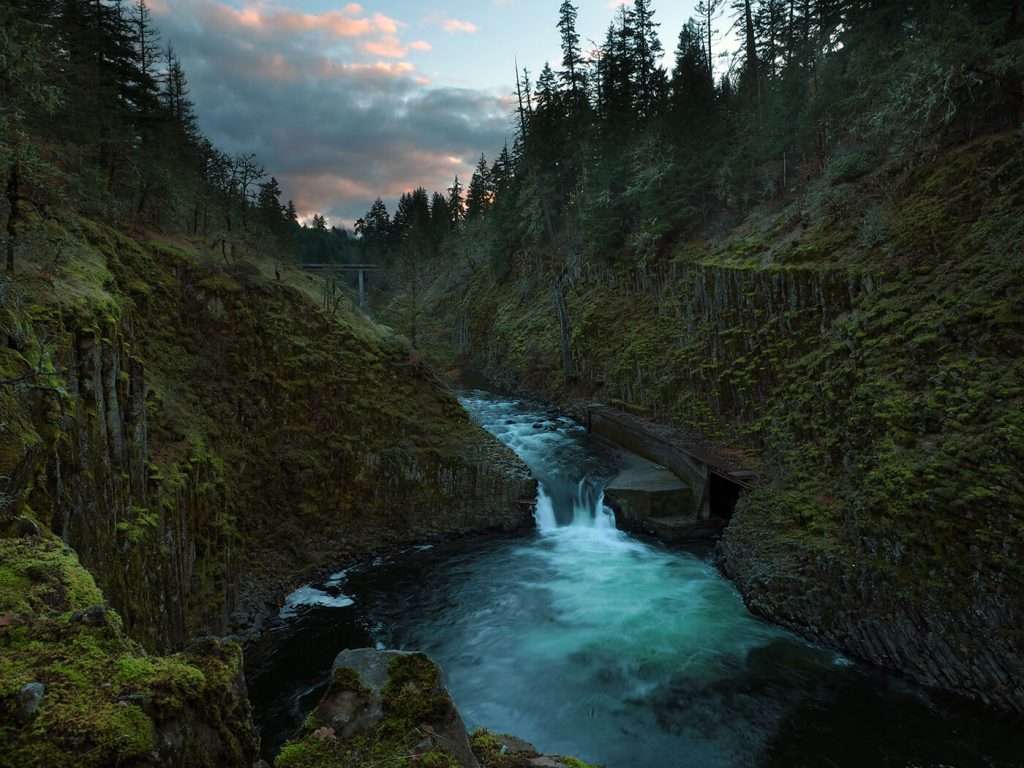 About 50 yards from the access gate, you’ll see a path departing the road on your left. The White Oak Trail leads through an oak wood above the basalt-columned lower gorge of the West Fork. You’ll notice the rambling and decaying staircase dropping down the cliff on the opposite side of the ravine: These steps gave access to a fish ladder constructed in 1959 at Punchbowl Falls. Pass across a wet slope, which blooms colorfully during the spring. You’ll arrive at a viewpoint almost directly above the falls, with a great look downstream to its magnificent amphitheater. Look upstream to see if the top of Mount Hood is visible. A trail used by native fishermen leads down to the left, crossing lush seeps to reach the river. 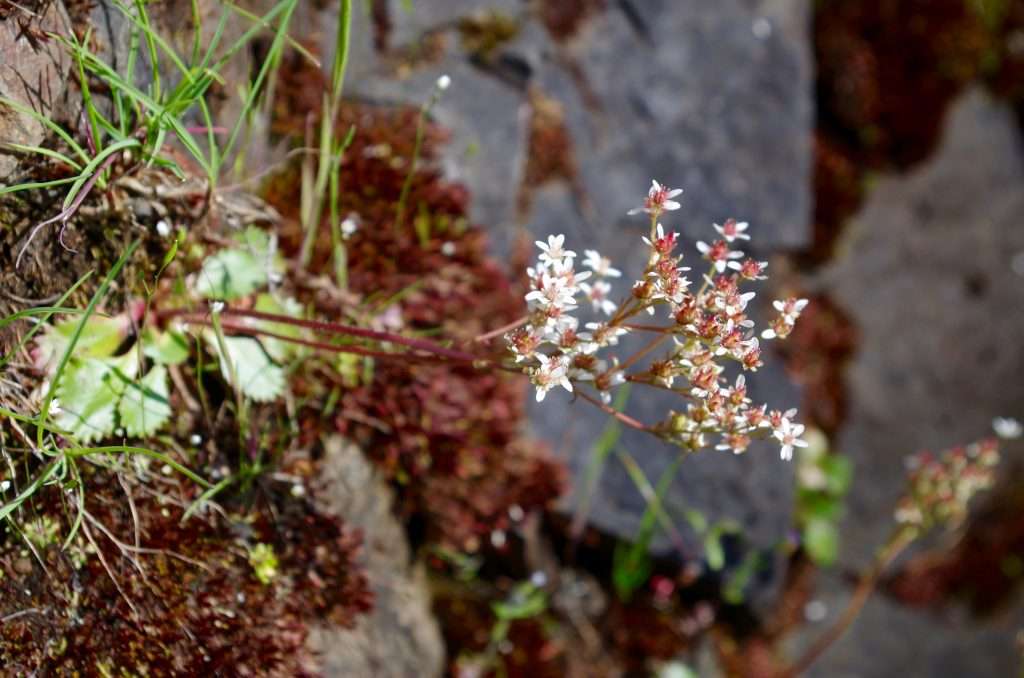 The route leads up from this viewpoint and then splits left just before reaching the road. The path leads to a second oak-shaded viewpoint, which gives you a frontal view of 10-foot Punchbowl Falls, with its fish ladder and wooden staircase, as well as a partial sighting of 75-foot Dead Point Falls plunging down a steep gully across the gorge. Above Dead Point Falls are the buildings of a fish hatchery, constructed in 1920 by the state but which then reverted to private ownership. 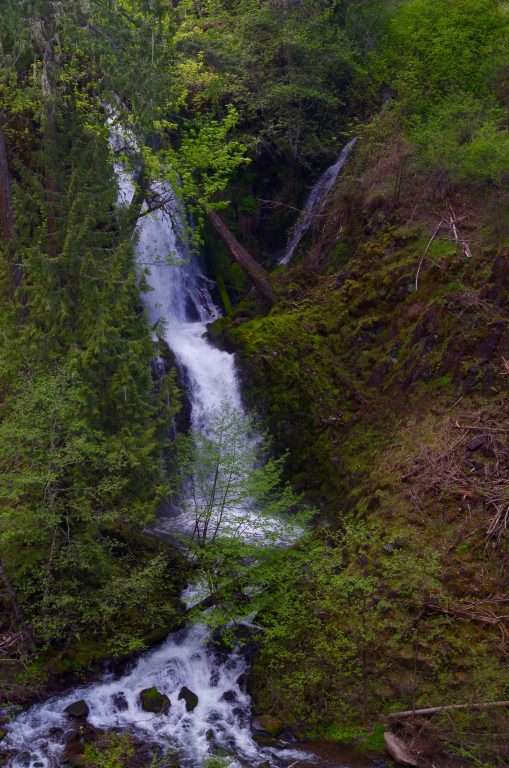 Take the trail back into the mixed woods and find a spur trail that leads out to the cliff edge and the best viewpoint for Dead Point Falls. Then turn left onto the new Yew Trail, which descends a steep slope shaded by yew trees, young Douglas firs, and white oaks. You’ll reach a balsamroot-flowered point, guarded by a gnarly oak, which offers an excellent view to the confluence of the East and West Forks of Hood River. From a trail junction, go left to descend to a cobbled bar at the meeting of the two forks. TKO plans to construct a new trail up the East Fork to the park boundary. 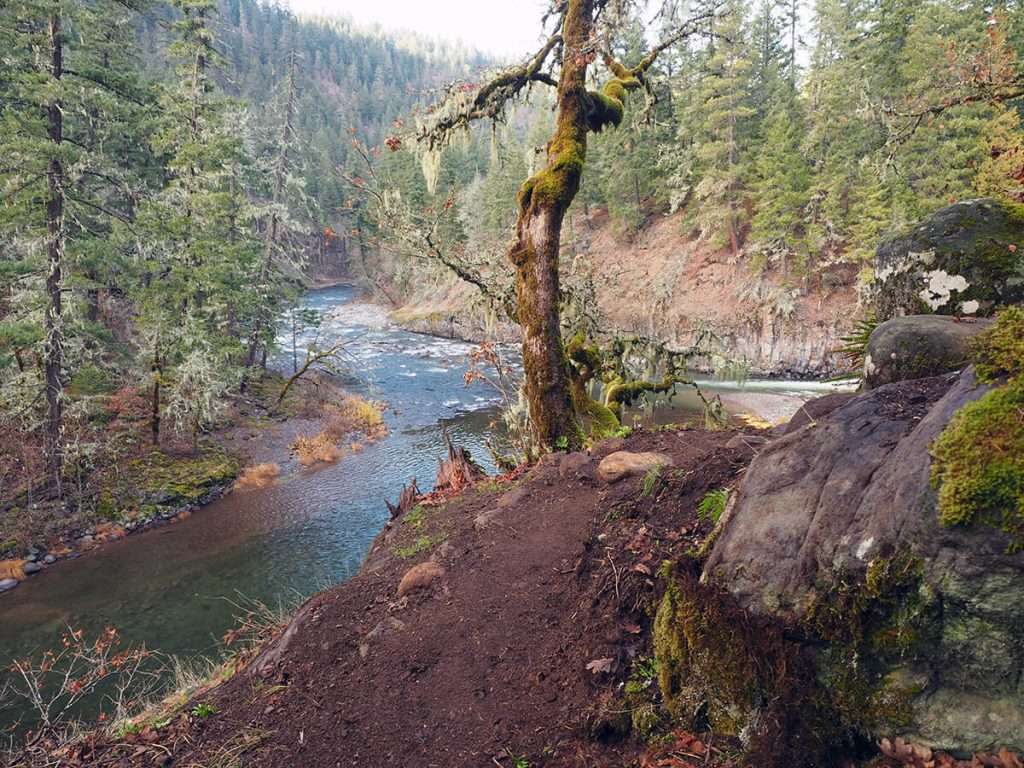 An oak tree on the Yew Trail near the confluence of the East and West Forks. (Photo by Tom Kloster)

Return up the slope to the park’s service road. Go right through a thinned woodland, and make a left on the Dogwood Trail, which switchbacks up into a leafy secondary woodland. Soon, you’ll come to the access road. Make a left to return to your car. 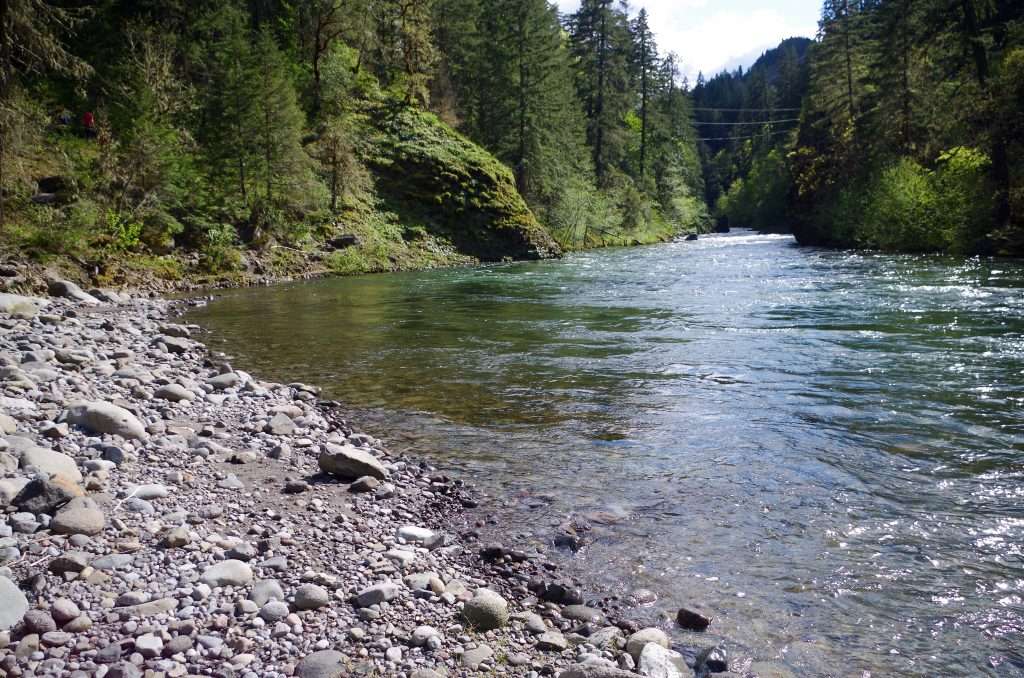 Looking up the West Fork Hood River from its confluence with the East Fork. (Photo by John Sparks)