Four Hikes in Search of Sasquatch

While both Native Americans and early settlers told stories about “wild hairy men” living in the woods, the modern Bigfoot myth really gathered steam in 1924, when a group of miners at Ape Canyon on Mount St. Helens reported a “battle” with a group of rock-throwing ape men.

Bigfoot sightings in northern California in the 1950s led to increased media promotion of the story, which led to hundreds of reported encounters throughout the United States and the formation of Bigfoot research groups. In Oregon, there have been about 250 records of Sasquatch since the early twentieth century. While skeptics argue that these “sightings” have either been hoaxes or brief views of black bears walking upright, others believe that Bigfoots are a relict population of the massive ape Gigantopithecus, although there is no fossil record of such a creature in North America. Here are four hikes which take you to places where Bigfoot / Sasquatch has supposedly been seen or tracked. 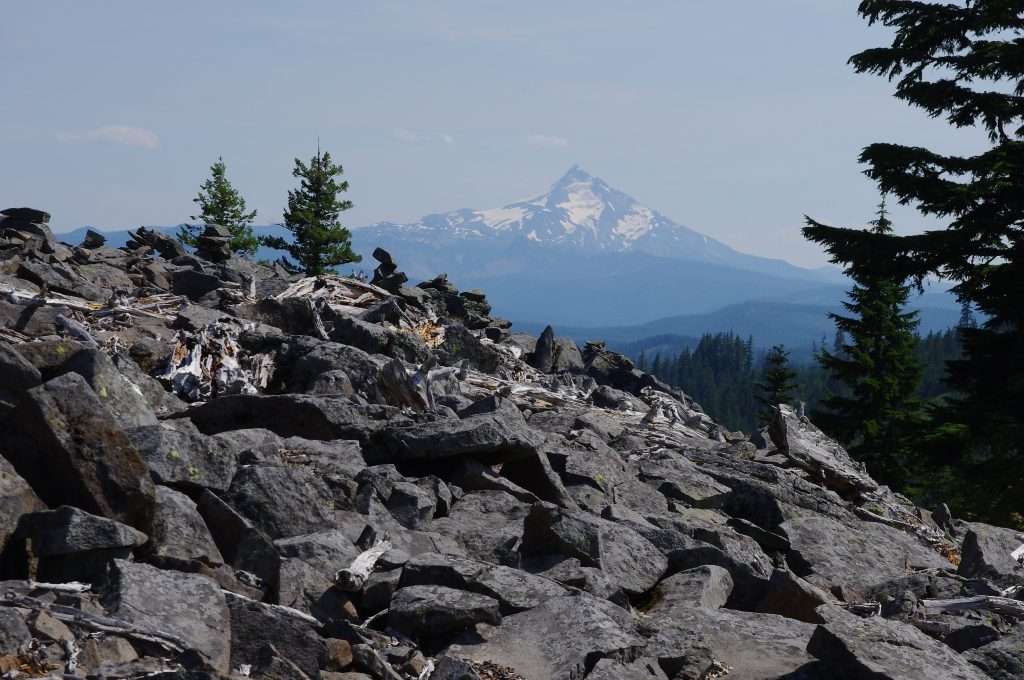 A rarely maintained trail takes you to the talus field where, in 1967, Glen Thomas witnessed a family of three Bigfoot—mother, father, and child—digging into the talus, hunting and catching small rodents, which they then consumed. The Bigfoot family faded into the forest when they felt Thomas’ presence. You can still see the deep holes the Bigfoot family reportedly excavated in the Burnt Granite talus. Ironically, nearby is a place called Tarzan Springs, reached by an overgrown side trail where, local lore has it, a prospector lived with a Bigfoot wife and the couple’s children. 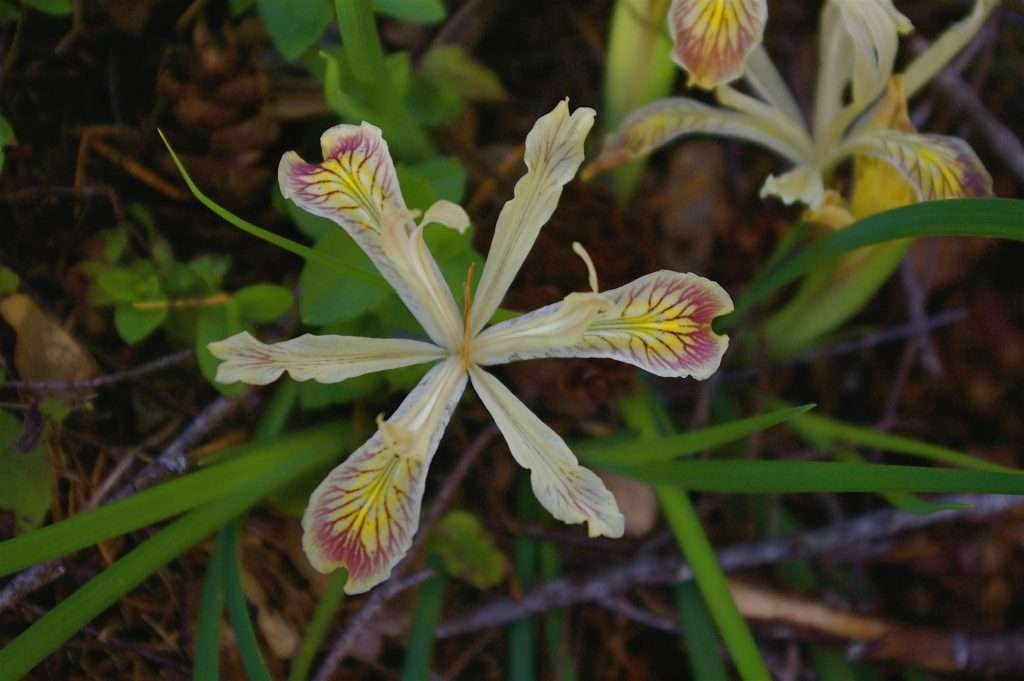 One of the most detailed reports of Bigfoot was on this loop trail in the Oregon Caves National Monument. On July 1, 2000, Matthew Johnson, a Grants Pass psychologist, and his family were hiking here. A large creature walked parallel to them down the slope making a “woofing” sound. With apparent equanimity, Johnson left his family to relieve himself in the trees. That’s when he saw an “upright walking ape-like creature more than eight feet tall” with long dark hair and weighing “700 to 900 pounds.”  Scared out of his wits, Johnson hurried back to his family and herded them back to the caves.

Further Reading and Viewing: Bigfoot Changed This Man’s Life on a Hike in Southern Oregon (That Oregon Life) 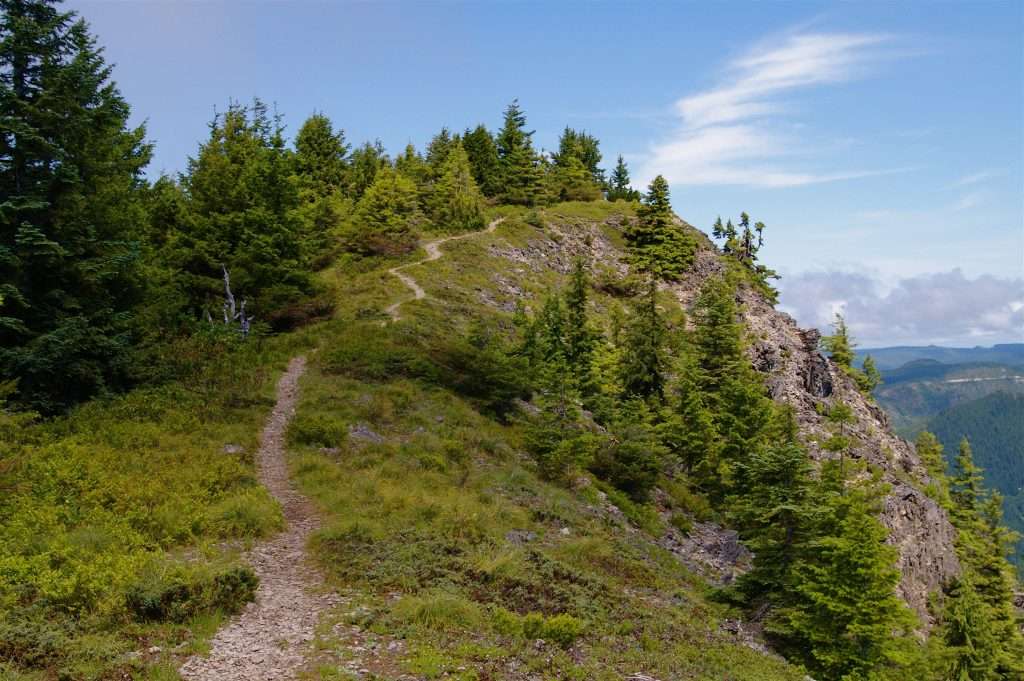 The trail to the summit of Table Rock in the Table Rock Wilderness. (Photo by John Sparks)

In March 2001, two brothers were walking up the decommissioned road to the original Table Rock Trailhead in the Table Rock Wilderness above the Molalla River (this part of the road had been washed out in the 1996 Pineapple Express deluge). The brothers wore size 12 and 13 boots, but soon they came upon barefoot tracks in the snow that were much larger than theirs. They measured the stride of the creature at four feet! 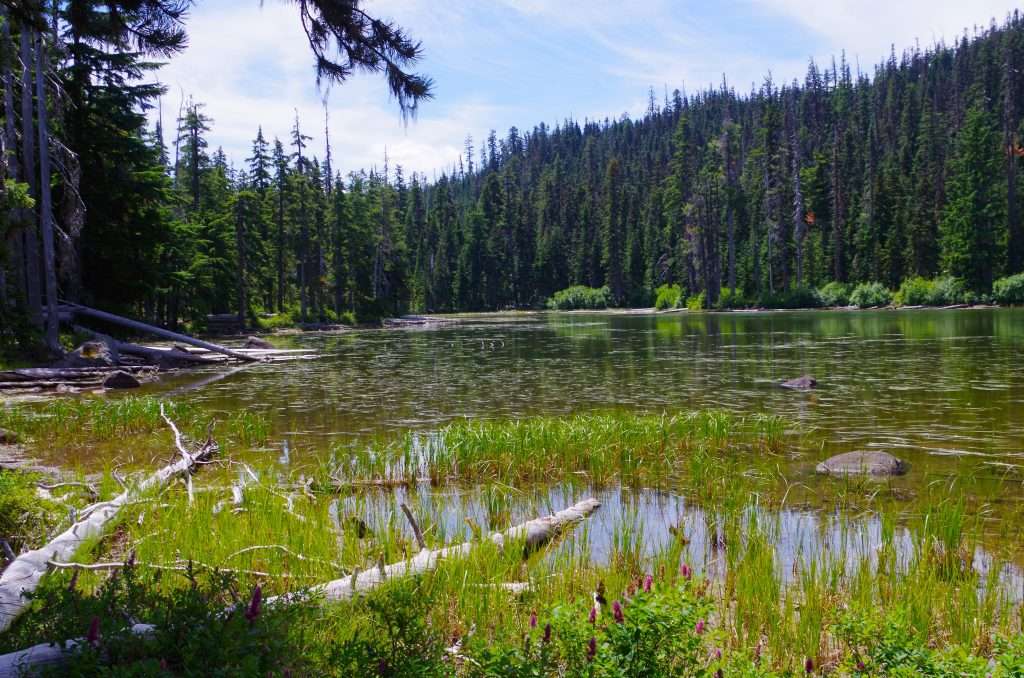 In the fall of 1996, a bow hunter and his father were out near Little Boulder Lake, on the east side of the Mount Hood National Forest, leaving other family members by the car on the road. They split up near the lake, and then the bow hunter heard a repeated yelping, “like a chimpanzee,” accompanied by the sound of splintering wood. The hunter then saw the head and shoulders of a large creature with no significant neck. He beat a hasty retreat and was “white as a sheet” when he returned to his family. There are several other Bigfoot records from the general area of Boulder Creek.